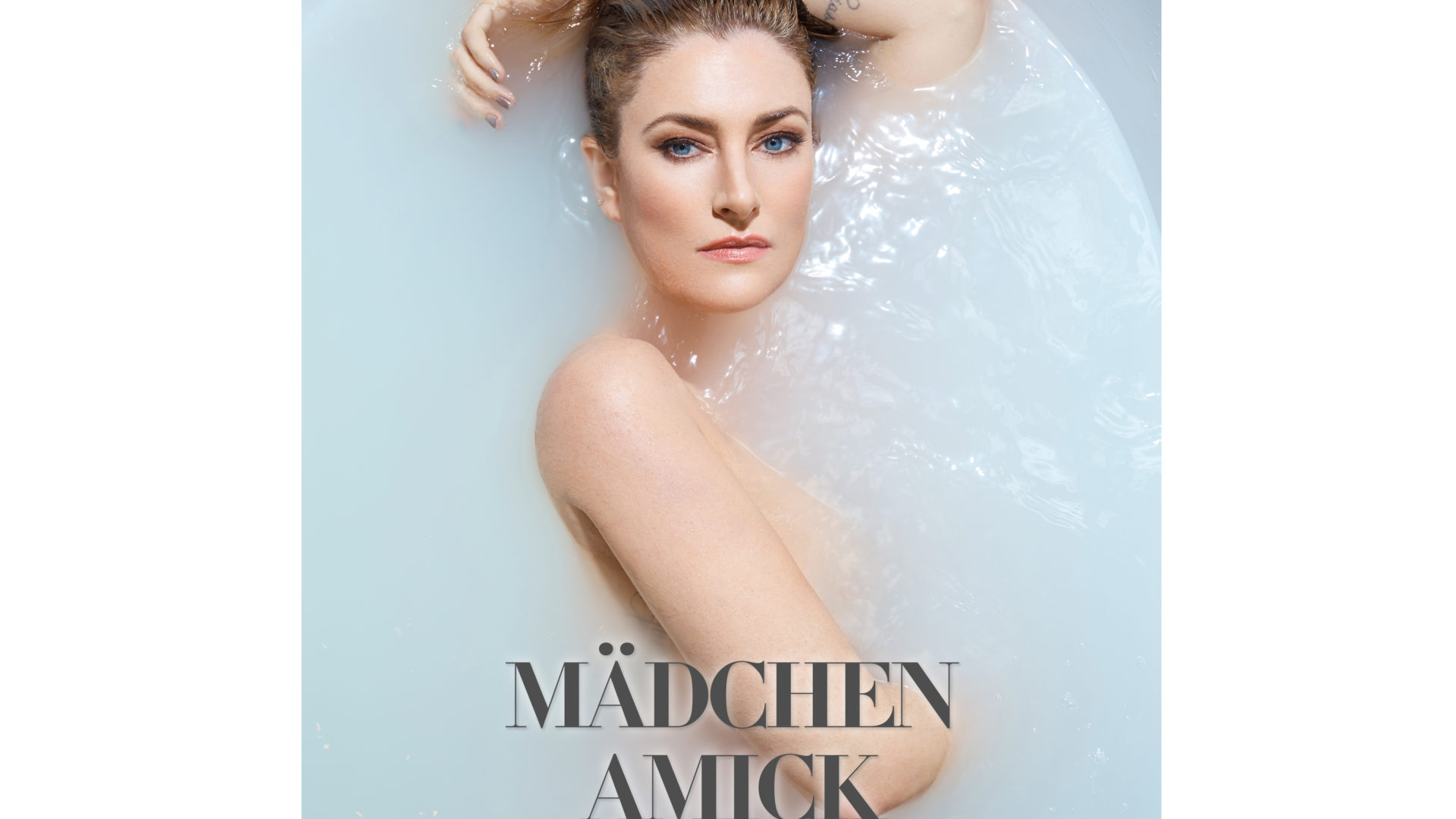 There are so many things you can say about Mädchen Amick. Actress, director, producer, free spirit, artist, muse and that just describes her career over the last 3 decades. Mädchen has a true artistic view as a creator. Having just celebrated her 49th birthday we talk; body, work ethic and of course one of her hit shows, RIVERDALE.

Mädchen started her career with Elite Models at 14 years old. Along with modeling, she was also a dancer and never had issues with her body. When she is working she is a free spirit, she says, “ just cut around my bits.”

I have always just thought that clothing was optional, especially now as I am getting older I want to embrace my body, celebrate it. I am proud of my age and I love all of my wrinkles.

As a woman comfortable in her skin, she’s been open to many creative opportunities, but it hasn’t always ended well. Mädchen was filming a movie with the incredible James Spader directed by the legendary Nicholas Kazan. She and Nicholas had a very comfortable relationship even though there was a lot of nudity and although everything was professional during the filming process, some of the content that was released was anything but professionally handled. When the film was released the directors cut was beautiful and sensual and comfortable. But much to her surprise the producers did their own release and didn’t edit any of the original nudity. She felt violated. “ I don’t have inhibitions, but I didn’t feel good about that”. When asked about her feelings in the #TIMESUP movement, the actress says you just have to speak up. “ I always talk about everything and I always tell everyone on set what I am making, that’s how you even out the playing field”.
Aside from the creative process, Mädchen shares her experiences with the financial aspects of being an actress. She learned about money in the entertainment business early from her mentor, David Lynch, the creator of one of televisions most memorable tv shows, TWIN PEAKS. “David always told me actors are unemployed 99% of the time, make your money last”. When talking about her career and TWIN PEAKS, Mädchen lights up. “To be on a hit tv show like TWIN PEAKS at the beginning of my career was unbelievable and now to be on 2 hit shows in my career is just amazing. I feel so lucky that lightning has struck twice.” Of course, she is talking about her newest CW hit show, RIVERDALE.

Mädchen’s tone changed when we started talking about RIVERDALE. Number 1 because she feels so blessed that it has become such a huge hit, with their highest-rated episode beginning in season 3. But also because of the loss of her dear friend, Luke Perry. I could feel her hurt. “Luke and I were real friends. I still reach for my phone every time I land back in Vancouver to go to dinner. He was my first phone call every time”. As many know legendary actor Luke Perry played Archies’ dad, Fred Andrews on the hit show. Perry at the age of 52 died suddenly from a stroke. “Luke was an old soul, and not only was he a father to his own children he was the father to our cast of kids. Luke would text me all the time and say, hey, you need to talk to the girls, they need advice”. Mädchen and Luke had a lot of career milestones in common, they both hit sucess at a young age, with the actress becoming an overnight success with her role in TWIN PEAKS and Perry’s role in BEVERLY HILLS 90210. Then they both decided that they wanted more normal lives. Mädchen adds, “it’s difficult to achieve a hit once in your career and then both Luke and I achieved 2.” She remembers that dreadful night of his sudden death like it was yesterday. KJ Apa, Archie Andrews, and Luke Perrys’ son on the show were on set and the entire cast and crew congregated to Mark Consuelos (Hiram Lodge, Veronica’s dad on the show) house. “ We cried and hugged for hours. We were devastated. He and I were Ma and Pa kettle to all these kids. We were all in shock. He is desperately missed”.

Despite the heartbreak of the beloved Luke Perry earlier this year, everyone has put on a brave face and is moving forward. Amick is becoming more involved with the RIVERDALE family but on the other side of the camera. “ I am thrilled to announce that I will be directing episode 19 of season 4 of RIVERDALE. I’m so thrilled to be working with the amazing creator of the show Roberto Aguirre-Sacasa.” Mädchen has directed documentaries and music videos before but this is her first stab at RIVERDALE.

When I asked her what her goals are going into her FAB FIFTIES she just laughed. ”I never want to take no for an answer. Watch out world I am here to conquer! I just want to keep working, loving my fabulous husband I have been married to for 32 years and continue to grow in my life and career, I gotta keep it sexy!” Now you can see why I titled her story BADASS.

I wanted to have fun with Mädchen. I asked her to play a game of word association with her cast from RIVERDALE. This is what we came up with….

Be sure to watch RIVERDALE on the CW, check your local listings.