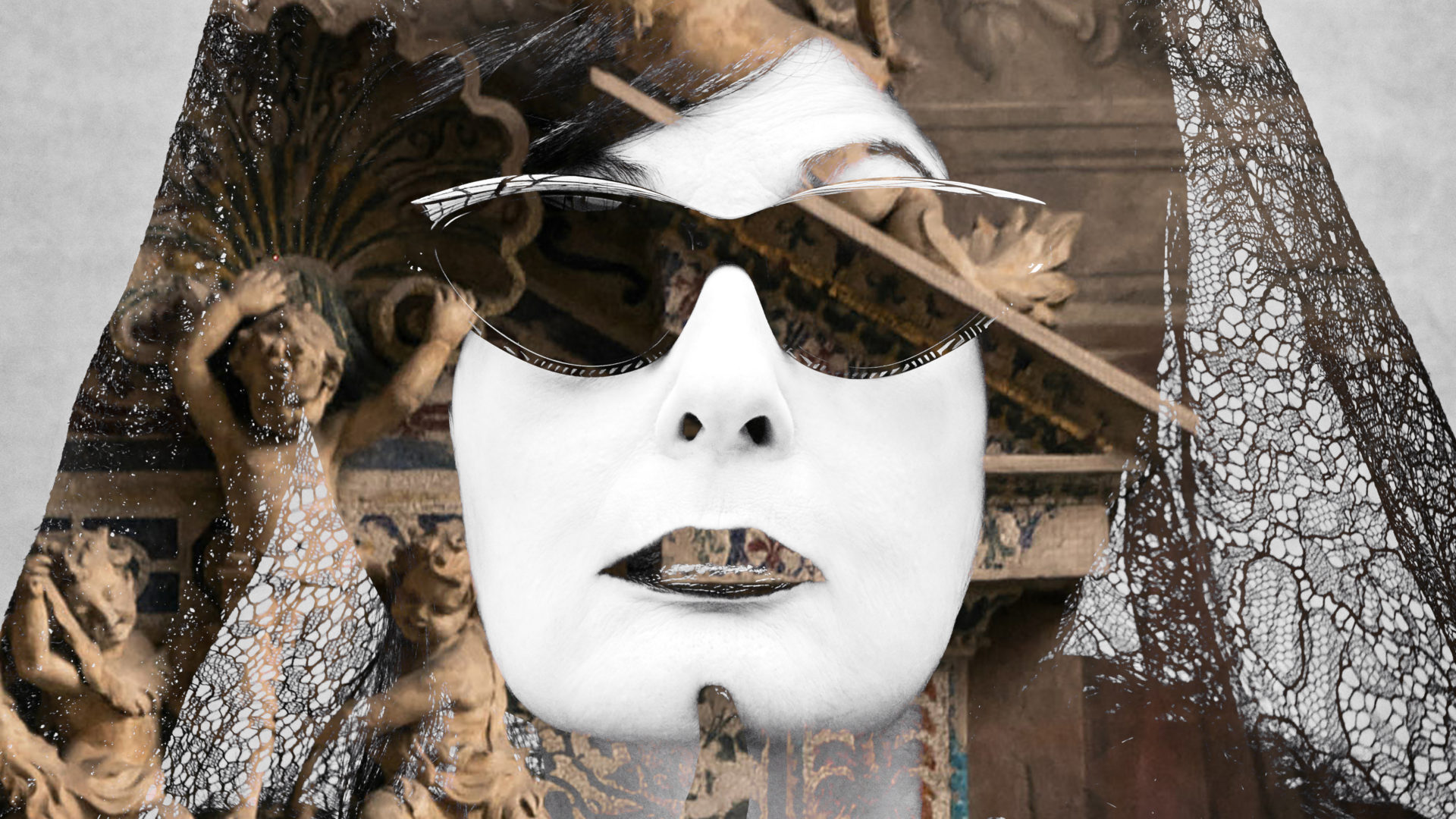 W: Growing up in Washington DC did you know fashion would always be a part of your life or was film the driving force of your creativity?
D: I left Washington DC at the age of 3 so I really have no memory of it. I grew up on the Mainline outside of Philadelphia and was fascinated by film and fashion at an early age probably from the first film I saw, Bambi or Cinderella, something Disney. I used to live with my movie magazines, should have been born in LA…. and dream. I was always very concerned about what I wore. As a child I was into pink and all kinds of girly looks, if you can imagine that. It was much to the horror of my mother. I grew out of that. Anyway to answer your question, it was both film and fashion that made me dream.

W: So many think that NYC was the epicenter of creativity in America for so many years. You were a designer there in the 80’s. Do you feel that in fact it was the center of all creativity? Is it still? What do you think has changed?
D: There was a lot happening in New York in the 80’s but it was then and is now, always driven by the mass market. It was never easy to be an independent designer and I suppose even less easy now. Even basics like buying fabric, they expected you to buy big quantities which made it difficult for independents. I always bought my fabrics in France and Italy which were exceptional and exceptionally expensive what with the material and then all the taxes to bring them in but you could order as little as 25 meters which was not possible domestically. The 80’s was a mix of a great moment in art and fashion in NYC when creative people still had the possibility to live in Manhattan, which has since changed and forced creatives to move to the boroughs and beyond. There was a strong club scene which does not exist anymore, or so I’ve been told. There was also an air of danger that added to the energy of the city. I designed my own brand there for 13 years. I loved the city for nine of those years and dreamed of escaping for the last four.

W: Why did you stop designing?
D: To continue from the question above, NYC in the late 80’s was like Bladerunner but all the worst aspects. It started early 80’s but got totally ugly by late 80’s. There was a huge AIDS epidemic killing off 80-90% of the people in my neighborhood, the West Village.
They were either sick or dying. Crime was epic and homeless were overtaking the city. Tompkins Square Park, as one example, was cardboard city, meaning the homeless were sleeping in cardboard boxes until Guilliani became mayor, which was in ’94, four years after I left.
Watch this: https://www.youtube.com/watch?v=oWI8mSPZeC0
Escape from New York…it was ugly. Crime was epic, people living on the street taking crack and relieving themselves on your doorstep, and believe me, where I lived in the West Village it was always a very nice neighbourhood not like parts of the East Village that are now high rent but back then were crack/heroin havens. That violent energy somehow kicked off creativity and gave NYC the vibe that it had at that time. As far as why I stopped designing it had nothing to do with a desire to stop, it was more based on that I could not live in NYC anymore. With all that crime, disease, and drugs, it was not inspiring for me as a designer. For the last 4 years of living there I put together my collection then took a trip to clear my head and create the next collection. I found myself living to leave and at a certain point thought, I should just leave. It was not easy because I had a business and people depending on me but I just could not live like it was ‘Escape from New York’. It is not the Disney land New York that it is today.

W: Having been in Paris now for years, do you feel like you would be on the same path? Was the city your inspiration?
D: When I was in New York, I had my brand for 13 years and I never could have imagined doing anything other than designing so no, if I stayed in New York for sure I would still be designing but moving to Paris I did not have the desire to start building a fashion house again from nothing. If someone had offered me a million euros I would have gladly continued. That did not happen so I did other things that I never thought about while living in New York, like costume design for a few films, working on CBC assisting the producer for Fashion Files, writing a column for Elle.com called Dr. Diane and then writing for Vogue.fr and starting my own blog in Feb 2005 when fashion blogs did not exist. I will continue that in the next question. I don’t know that the city was my inspiration for any of that but that is the way it went. I do love living in Paris despite the difficulties at the moment and the fact that it is not known for welcoming foreigners…

W: You have been branded the worlds first Fashion blogger. Why was it so revolutionary at the time when you took up the practice in the mid 2000’s? What do you have to say to the new generation who are monetizing and changing the face of online presence with blogging? Has the influencer taken the place of blogger?
D: I was working with Alex Czetwertynski, Disciple Films, making a series of films we called Fashioned Out! starting in 2000, here are a few links if you want some fashion history at that time in Paris and New York.
Paris: https://vimeo.com/103431196
New York: https://vimeo.com/103421241
We worked together for 5 years making ‘fashion films’. I also did a column on Disciple Films website called Diane’s Diaries from 2000 – 2005. In 2004 during one of our trips to Milan for Fashioned Out which was commissioned by Galleries Lafayette, I met a showroom model Anina who proposed that I use a Nokia and try life blogging, a new application that was in Beta form at that time, and was about a decade before the advent of twitter. At that time there were food blogs, political blogs but no fashion blogs. I was still writing for Vogue.fr or Elle.com, I cannot remember which, at that time and was limited to advertisers as to who I could cover. With my blog, A Shaded View on Fashion, I could give coverage to who ever I found interesting. So in February 2005 I launched ASVOFF.
Bloggers now have morphed into Influencers. I much prefer the name influencer and Instagram has become more important than blogs. Suits me just fine as I love Instagram but I don’t follow all the rules that one should to increase following. My 31.6K followers are all real and arrive organically. If I used all the # and the times that you are supposed to post etc.etc. I would probably have 280K followers, maybe I’m too lazy to do that.
So yes, I think the Influencer is taking the place of the blogger and monetizing it , well, they were monetizing blogs as well for almost a decade now or at least the past 5 years or so. The thing is in the beginning with blogs like Bryan Boy, who was an early adapter, they were just giving their opinion as consumers. Probably Marc Jacobs had the biggest effect, connecting with the bloggers, like Bryan Boy, and helped bring the blogs to a different level. Also Dolce & Gabbana was the first to invite bloggers to the front row, which caused quite a stir among the seasoned journalists. I always welcomed them as I was both a print journalist for magazines like ZOO out of Amsterdam, and Dutch before that and of course websites like Elle.com and Vogue.fr. So along with the relationships between bloggers and influencers the dynamic changed into a paid ambassador kind of exchange which meant, aside from sites like Diet Prada, you could not tell what was paid advertorial or honest reporting. Anyway brands are happy with the connection to influencers because they reach a wider audience than they would in print publications and it seems to be working for both, so the lines blur between classic journalism and influencers, both are dependent on brand relationships.

W: Can you explain ASVOFF and what the festival has meant to u and the fashion/film community?
D: If you have 9 minutes to dedicate to this, here is a video that will take you through 10 years of ASVOFF: https://vimeo.com/288781065
The festival is the world’s first showcase for “fashion film.” Having inherited much of photography’s importance as a valuable creative and commercial medium, fashion film is now an indispensable component of the fashion industry’s repertoire and audience reach. Motivated by new technology, marketing, and branding across digital and social media, ASVOFF is one of fashion film’s pioneering forces, and its most influential voice.
Since its launch in 2008, ASVOFF (www.asvoff.com) has gained critical acclaim for encouraging both emerging and established artists to reconsider the way that fashion is presented and for challenging the conventional parameters of film. ASVOFF tours the globe with screenings at prestigious institutions and events like the Centre Pompidou, the Guggenheim, the Barbican, Art Basel Miami, CaixaForum Barcelona, the Franz Mayer Museum and the Cannes Film Festival in a host of creative capitals such as New York, London, Tokyo, Milan, Moscow, Mexico City. ASVOFF is not only a competition of short fashion, style and beauty films but also a travelling international event showcasing feature films, documentaries, conferences, performances and installations – making it a must-see on both the fashion calendar and the film circuit for its genre-bending and groundbreaking programme.
ASVOFF ALUMNI
ASVOFF has brought together trailblazers and legendary figures such as Chris Cunningham, Tilda Swinton, Nick Knight, Erwin Olaf, Róisín Murphy, Nobuyoshi Araki, Steven Klein, Mike Figgis, Chloë Sevigny, Max Vadukul, Bruce Weber, Dita Von Teese, Ryan McGinley, Larry Clark, Serge Lutens, Steven Meisel, Inez Van Lamsweerde & Vinoodh Matadin, Charlize Theron, Lisa Eisner, Bettina Rheims,Anna Dello Russo, Mark Borthwick, Bip Ling, Ellen von Unwerth, Kristen McMenamy, Bryan Adams, Walter Pfeiffer, Rossy de Palma, Daphne Guinness, Yi Zhou, Cara Delevingne, Sean O’pry, Irina Shayk, Drew Barrymore, Jim Jarmusch, Jean Paul Gaultier, Lara Stone, David Agbodji, Faye Dunaway and Ultra Violet as well as fashion heavyweights Chanel, Saint Laurent, Balenciaga, Comme des Garcons, Gucci, Rick Owens…

W: To many you are considered a fashion icon. Does that surprise you? How do you think your style has effected your brand?
D: I don’t think that I ever think of myself in that way but of course I’ve heard myself referred as an icon many times over the years. That is for someone else to declare certainly not me. I have a definite style that cannot be debated.

W: You and I have discussed the term “legacy”, what does that mean to you and what do you think yours will be?
D: I imagine the fact that I pioneered fashion film and prior to that fashion blogging.