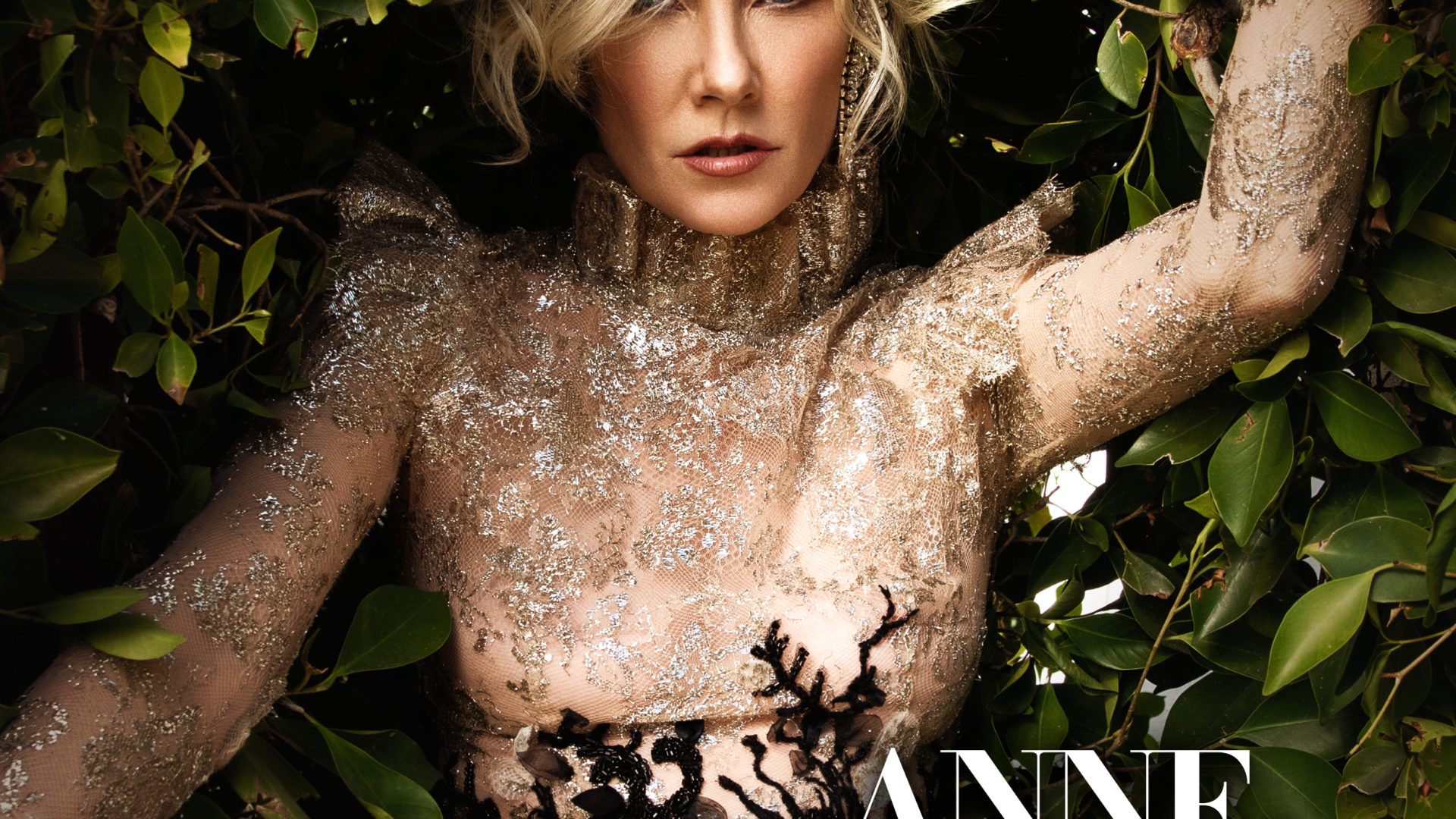 Anne Heche, actress and unsung hero for the LGBTQ movement in Hollywood.

Anne Heche’s career spans decades. The Emmy award-winning actress has taken on movie and TV roles with names such as Ashton Kutcher, Johnny Depp, Demi Moore, and Al Pacino. Now, Anne is set to star alongside Thomas Jane in her latest drama/thriller The Vanished, about a couple whose daughter disappears without a trace during a family vacation. “What was unique about this movie was not only the complexity of the role, but what happens to this couple as they try to achieve a way to fight for their love while withstanding the pressure of the disappearance,” Anne states. “It becomes an emotional journey for the two of them to try to save each other and their marriage.”

Anne and Thomas are no strangers to each other, having met while shooting the HBO comedy, Hung. The two reunited for The Vanished and became a couple in real life, and have almost seamlessly mixed work and pleasure. “It took us quite a few years to work together again after Hung, and I’m glad we waited,” Anne says before joking, “And it took us 50 years to fall in love—I guess we had some work to do.”

Anne was the first leading actress in Hollywood to be open about her sexuality. Her high-profile relationship with Ellen DeGeneres in the ’90s and Anne’s conscious decision not to hide their relationship was a watershed moment for LGBTQ rights—but it was not viewed that way at the time. The backlash that Anne received from Hollywood and the media was monumental. She was escorted out of the Volcano premiere, where she starred alongside Tommy Lee Jones. “I was told by Fox Studio executives that if I brought Ellen to the premiere, my contract would be terminated,” Anne states. “I brought Ellen despite those threats, and we were escorted out of the theater before the lights came on by security and not allowed to attend the premiere party because they did not want any photos of us together.”

There were people that were supportive.

“There have been two men who fought for me to be seen for my talent and not my headlines: Alec Baldwin and Harrison Ford,”

At the height of the media scrutiny for her relationship with Ellen, Anne was in talks to star with Harrison Ford in Six Days, Seven Nights. Harrison insisted to the studio that Anne be his co-star. He called her on the phone to say, “Frankly, my dear, I don’t give a damn who you are fucking. Let’s make the best romantic comedy anyone has ever seen!” Alec Baldwin also stood up for her by insisting that she be his co-star on Broadway in Twentieth Century, in whichAnne received a 2004 Tony nomination for her role as Lily Garland. Anne and Alec recently reunited to reprise their roles in Twentieth Century at the Roundabout Theater.

She says that the way she was treated for being open with her sexuality in the ’90s would never happen today in Hollywood, and she is proud to have contributed to that change. When we revisit this “scandal,” you can’t help but see it with a different lens. Looking back shows us how much we have grown as a society, and we may owe Anne an apology for how harshly we judged her for her honesty.

“The difference between what would happen today and what happened then is that I would not have been ushered out of my own premiere and fired from a multi-million dollar picture deal with Fox for taking a girl as my date,”

Standing Where She Walks

“I haven’t spoken to Ellen in years. I’d listen to the people who have,”

despite their history, she states.

She goes on to say, “If I’m standing someplace and I don’t like what’s going on there and I stay there, it’s my fault. So what are the actions that got me there and why can’t I get out of it easily if that’s not something that I want to be engaged in?” She takes a breath.  “Ellen is standing where she walks, and that is hers to continue that journey. Our time was a beautiful part of my life and one that I wear with honor. I was a part of a revolution that created social change, and I could not have done that without falling in love with her.”

A Road Paved in Honesty

“I’m proud to have been part of a revolution that helped move equality forward, but there is still work to do,” Anne says when speaking on the parallels between the fight for LGBTQ rights and the current fight against racial injustice. Anne, no stranger to standing for equal rights, is ready and willing to do so once again. She remarks, “I’ve paved this way for myself, and my honesty had every single thing to do with it. I think every interaction we have should begin with whether or not we can look at and talk to other human beings with 100% respect. My answer will always be ‘yes.’ We have to agree that it’s a possibility and that we all deserve it.”

COVID-19 hasn’t slowed down the Hollywood and LGBTQ rights icon, who’s looking to end 2020 strong. She’s getting set to release a four-part project on Instagram with beau Thomas, which they wrote, directed, produced, and, of course, star in together. Anne explains, “We wanted to make a comedy because love is so funny, as we all know.” She shares that she took charge of writing while The Punisher star took the helm as the director. “I like wearing multiple hats, but I guess if I want a paycheck, I’ll keep acting,” Anne quips. She will also star in the film Thirteen Minutes with Amy Smart and Thora Birch, a drama scheduled for a fall release.

Through it all, one thing is certain: Anne Heche will continue spreading love, compassion, and knowledge in all aspects of her life, and looks to inspire generations to come to do the same.