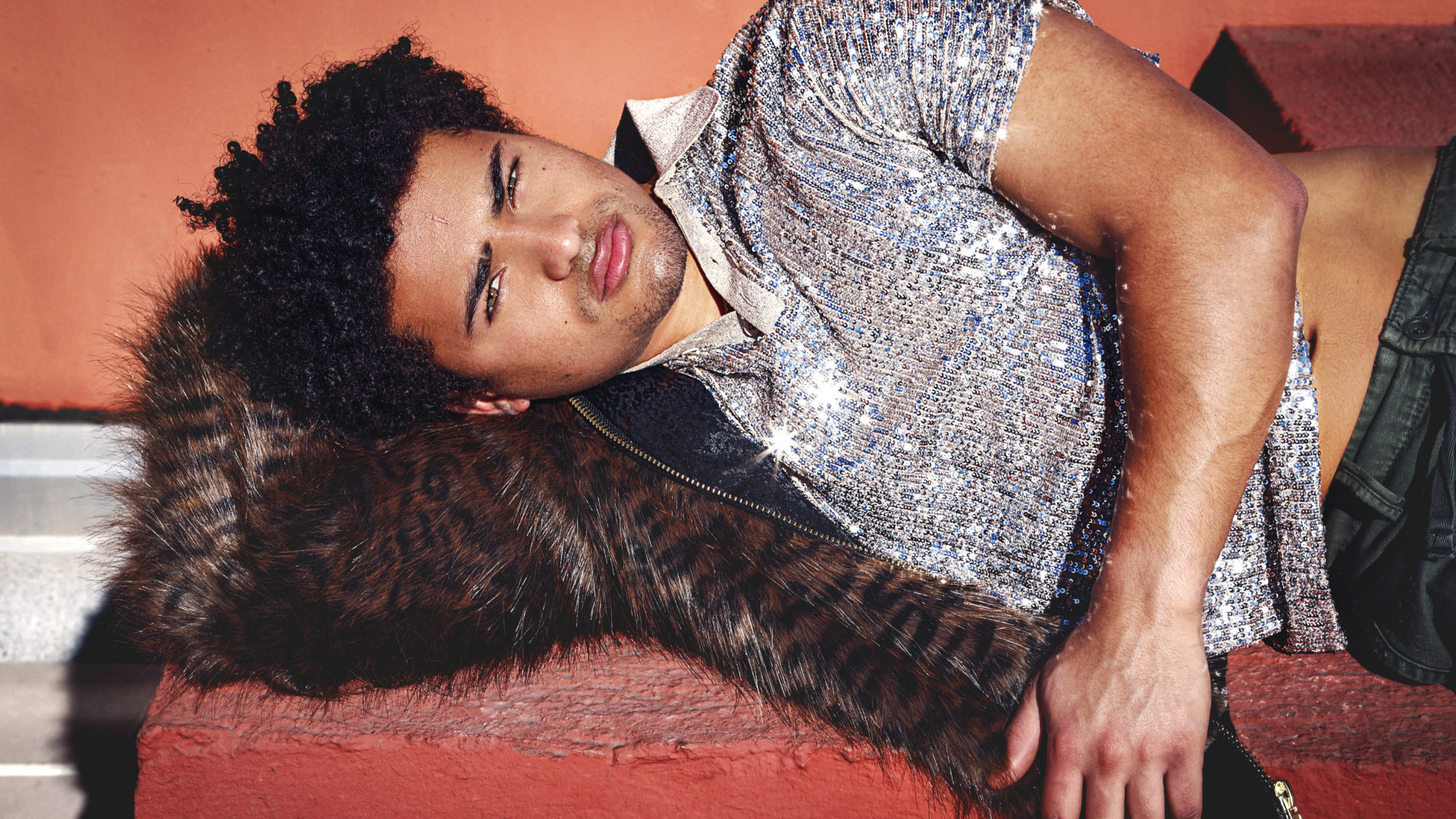 Nathaniel Potvin has all the makings of a certified Hollywood star. The 21-year-old has already had prominent roles on Facebook Watch’s Five Points as well as American Vandal and now, he’s starring as Kevin in the new Ryan Murphy feature musical, The Prom, alongside an impressive ensemble cast that includes Meryl Streep, Kerry Washington, Keegan-Michael Key, Nicole Kidman, and James Corden. “You don’t even have to talk to them, you can just watch them and learn so much from a few seconds of just watching them act than in an entire acting class,” Potvin says.

The Prom is centered around a clash between a female student and her small-town high school over the controversial decision to take another girl to her prom. A crew of vain New York City theater stars, whose careers are seriously bombing, come to the rescue, with hilarious yet heart-warming consequences! “The film is about acceptance, understanding, and celebrating our differences. It’s about celebrating our love for each other and knowing that love is love despite who you are and how you feel toward a certain person.”

“I got to sing, dance and act; it was the whole package and I had one of the best times of my life.”

Potvin, who loved working on this movie for so many reasons, enthuses,

Dancing His Way to the Top

Potvin’s talent started to blossom at the tender age of seven when he began taking classes in hip-hop, breaking, and pop-lock dancing, his natural gift quickly leading to commercial bookings. “For me, it started out with dancing and not really being interested in acting at all, but as I was progressing further; each job just made me love acting more and more.” He continues, adding, “I’ve gotten to meet some amazing professionals — actors, and actresses — who’ve imparted so much wisdom upon me that I feel like this is what I’m supposed to do for the rest of my life.”

Despite making a seamless transition into acting, Potvin knows there is a long road ahead. “It’s really hard and draining work,” he admits. “You gotta go to classes, study, and understand what the people before you did so you can figure out how you’re going to change the game in the future. A lot of people take that for granted when they enter our industry.”

When he’s not starring on hit shows or films, the Los Angeles native uses his celebrity status to promote messages of anti-gun violence. He supports non-profits such as Everytown For Gun Safety and The Cameron Boyce Foundation’s Wielding Peace movement. “I remember wanting to join these organizations initially because the gun violence in schools around the country was getting so outrageous and scary.” He goes on to express, “I’m also a person who has been directly affected by gun violence and understand that it’s such a definitive act. It’s harmful to not only the person that loses a life and the person that takes a life, but the victim’s friends and family.”

Potvin, whose great grandmother was a sharecropper’s daughter, was also among the black celebrities supporting the BLM movement and marching against racial and societal injustice in LA.

“I feel like being an African-American actor in 2020, you have to be an activist. You have this platform to speak on the racial injustices that we experienced for so long. We have this generational pain that goes back to our ancestors.”

He explains, “We’ve been affected in Hollywood a lot — there’s so much colorism that goes on. Now, because of everything going on, it’s the time to really rise up and make other people understand that this is what we’ve been going through for years.”

With The Prom slated for a December 11th release, it looks like Potvin will finish off the year in style. The young actor also has an emerging passion for directing, recently compiling his first directorial short—something we’ll hopefully get to see sooner rather than later. With talent like this, the next generation of Hollywood stars looks just as bright, if not brighter, than the last.