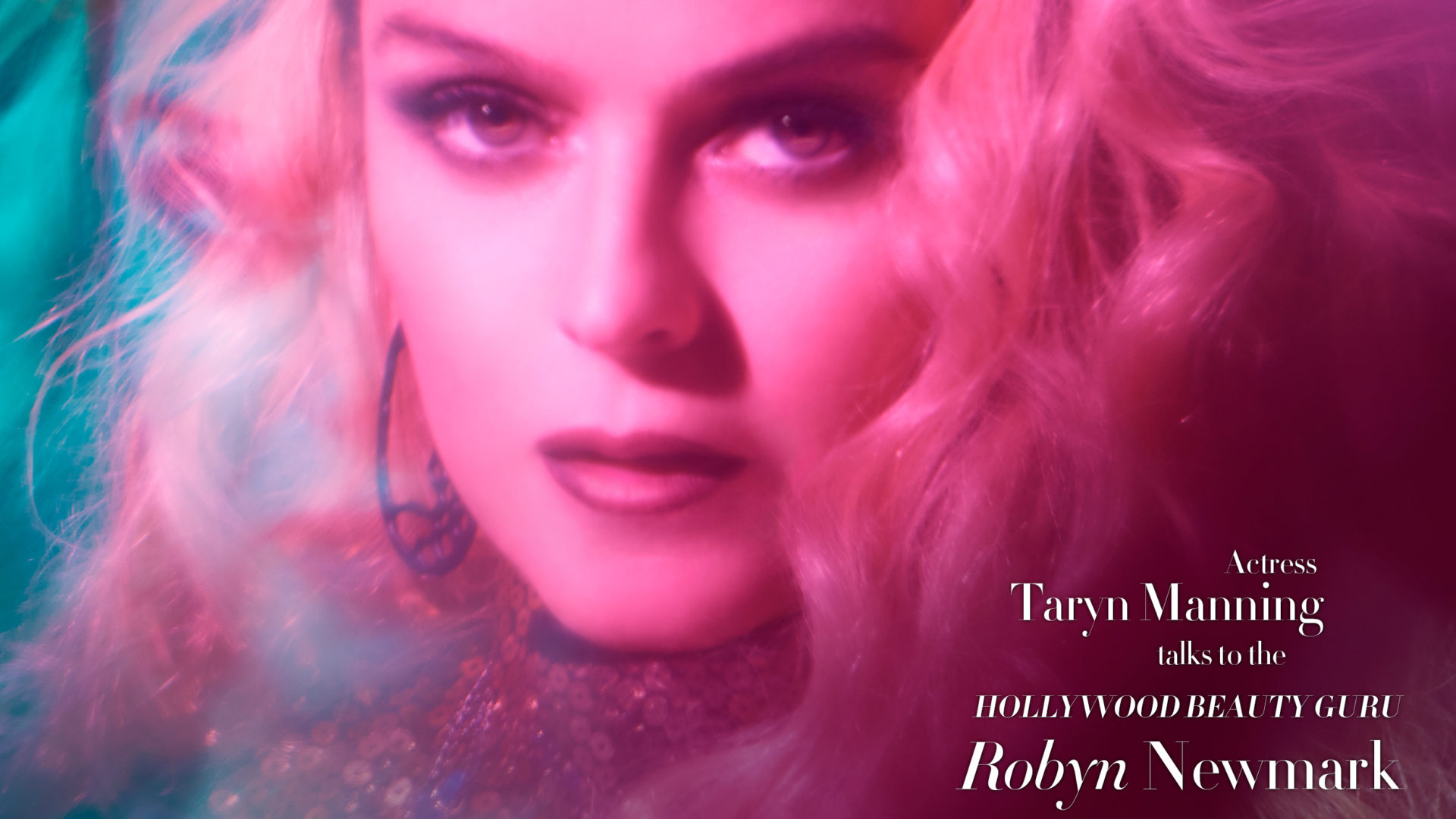 The infamous yet widely admired Orange Is the New Black star Taryn Manning may often play angry, unpleasant, or downtrodden characters on TV, but she is miles away from this person in real life. Open-hearted, holistic, and empathetic, she is incredibly positive, telling me: I am happy and want to LIVE! I have the pleasure of hanging out with the seasoned actress, musician and designer, as she opens up to me about her controversial new role, and what she wants to do next in her career and in her personal life. We also have a great chat about how she stays healthy, builds her self-esteem, and helps others in the midst of it all.
Her latest film “Every Last One Of Them” hits theatres and digital October 22nd, co-starring Richard Dreyfus.

Robyn:
Taryn, you have had vast experience working in TV and Film, especially taking on acting roles for difficult characters. You have played so many different individuals, and I feel like you’ve often chosen roles that have been super controversial. What have you learned about yourself through these types of acting experiences?

Taryn:
I’ve learned by playing all these types of characters that I want to live! I am tired of dying or killing myself in movies. I’m tired of drug overdoses.
I love being a working actor and I have had the privilege of having an amazing career! I am older and wiser now!
So, I decided that I don’t want to just play bad people anymore. I am ready to take on roles that are empowering and inspiring. I am ready to take on roles which reflect who I really am. In real life, I am incredibly happy and want to live life to the fullest!

Robyn:
You are incredibly positive, kind and intuitive in real life. So, my next question relates to self-worth. I think that it’s human nature to have struggles. As a beauty professional, I can see that at some point we all struggle with self-esteem. I feel that’s one thing nearly everyone has in common. Everyone has times when they are insecure about something or down on themselves. Could you let us know some of the ways that you boost your own self-esteem?

Taryn:
It’s all about what’s within. As cliche as it sounds: You can’t love anybody till you love yourself.  It’s real, and it’s true. I don’t feel the need to have to wake up and put makeup on every day or this or that! I would love to be prettier but then I may not be me. Right?
So, staying true and staying authentic to yourself is the best medicine.
You were born to look just the way you are, and there’s no doubt someone out there who thinks you’re the most beautiful thing they’ve ever seen.

Robyn:
Great attitude, I love it! So, let’s get to the new movie coming out in which you’re playing the controversial role of “Karen”: The new term to describe the archetype of a racist, privileged, white female. Why did you take this role?

Taryn:
I think it’s timely and also a very important character-type that needs to be exposed. We have to fearlessly look at the breakdowns we have in our society.
People need to remember that situations like this are extremely complicated. Playing this character is not easy for me. But I am a professional actress playing a role. I play villains and I play them well, and with zero apology. If I want to make a difference, then I have to play this character excellently. I did it because it is time for change. This is my part in that.
Sometimes, people do attack me personally for the characters I have played. It’s hard for them to make the separation between me and my characters.

Robyn:
Wow, so you have had personal attacks; just playing this character?

Taryn:
Yeah, absolutely. As I should in a way, you know? I signed up for this. The thing is that anything that’s difficult is going to be difficult to watch; and it brings out strong emotions in some viewers.

Robyn:
Thank you on behalf of many for having the courage to take on these controversial topics. Your work helps a lot of people.
Having faced so much controversy and backlash from the characters you have played, what would you say to younger girls who grew up being bullied? Or even those facing issues of low self-esteem?

Taryn:
I would love to tell them: You guys are the winners. I find that the girls that are held down when they are younger come out on top as they grow up. They are kinder and end up being stronger in the end. Hang in there and just know the bullies need to put people down because they have more insecurities than you do.

Robyn:
So as a beauty guru, I would love to know… What are some of your favorite self-care rituals?  What do you do at home to pamper yourself and build your own self esteem?

Taryn:
For me, my most important self-care rituals would be sleep, alkaline water and a plant-based diet. I am a vegan and that works the best for me. It all about reducing the acidity in your body.
I also love beauty treatments and getting dressed up and feeling glamorous, especially since most of my acting roles are not so glamorous! But most importantly, I like to make people around me feel good.

Robyn:
Any personal goals you have for the future?

Taryn:
Yes, I want to continue to on the path of self-improvement. My health is important. As I get older, I realize that now that I enjoy life much more when I am rested and healthy.

Robyn:
What roles would you like to play in the future?

Taryn:
I am ready to play more roles that are empowering and inspiring. Its who I am as a person in real life, what I believe in and the opposite of what I want to leave behind. Now I just want to inspire others to be the best versions of themselves they possibly can be!