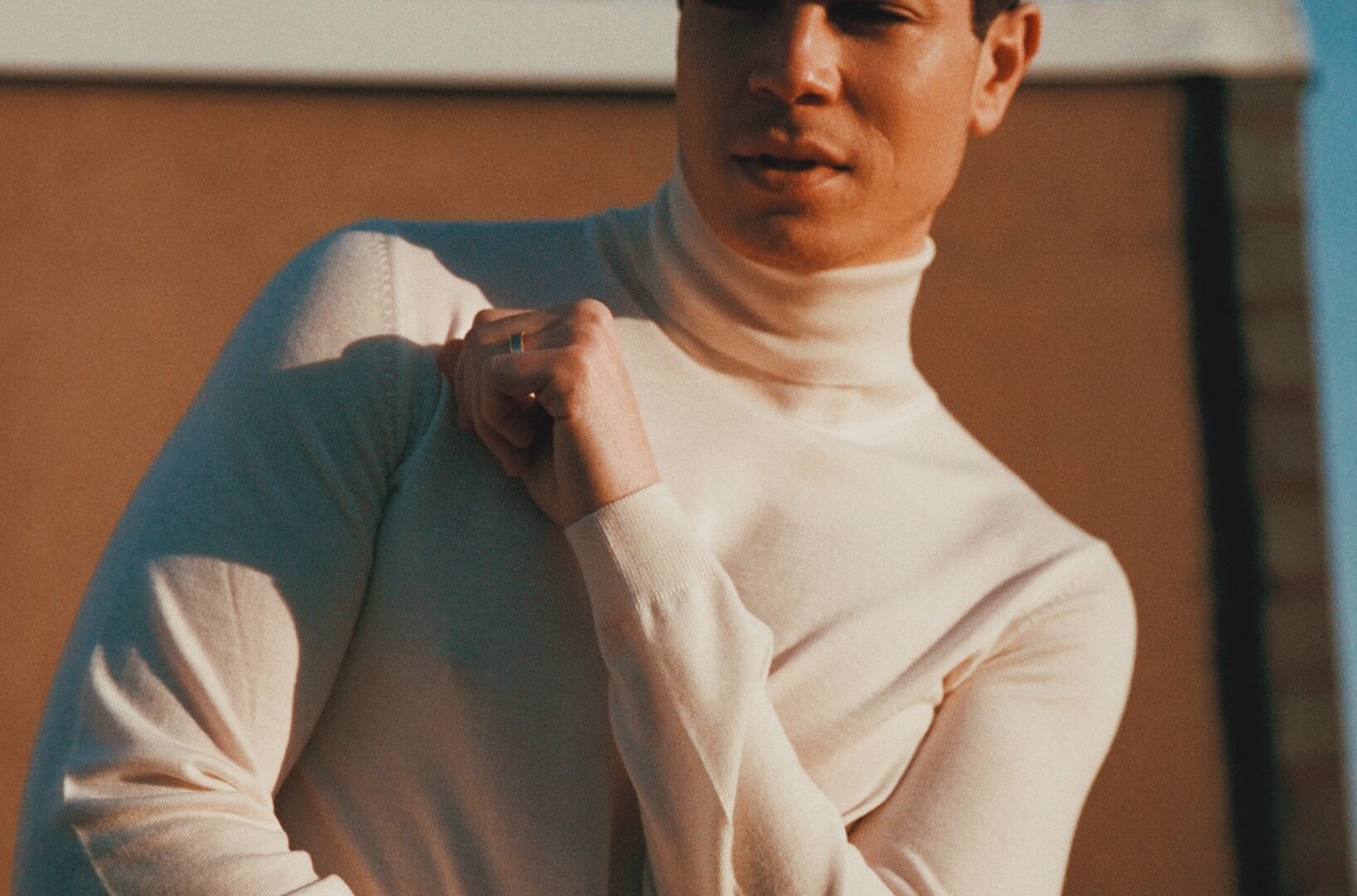 Jason Gotay makes waves on the big screen as he enters the world of Constance Billard – St. Jude School. While he is widely known for his roles in hit Broadway musicals like “Spider-Man: Turn Off the Dark,” “Bring It On,” and “Evita.”

Gotay recently debuted on television in two HBO Max projects: “Love Life” with Anna Kendrick and, most recently, on the iconic “Gossip Girl” reboot as Rafa Caparros, the mysterious and secretive teacher. On the show, Jason Gatoy plays a daring teacher who runs in similar circles to his elitist students, making him a frequent face for them.
Gossip Girl’s hottest teacher sits down with MRWARBURTON MAGAZINE for a quick chat on his experience with the show. Catch his highlights in the Q&A below!

MRWARBURTON MAGAZINE: Gossip Girl is an iconic show for every fashion enthusiast, how does it feel to be a part of the reboot of such a popular show?

JASON GOTAY: Being a part of Gossip Girl has been one of the highlights of my career. Stepping into a show that has such a wide fan base was a little intimidating at first, but it was clear from the start that we were creating a very different show from the original series. Our show is fresh, edgy, and more diverse. It was exciting to bring a new spin to such a well-loved series, and I think fans were really surprised and enthusiastic about what we made.

MWM: We all know how much influence fashion has on the show, how is it like working with different designers and stylists?

JG: Working with costume designer Eric Daman was so much fun. Eric is an incredible artist, and after creating so many iconic looks on the original series, I was so excited to collaborate with him. My character got to wear a perfect blend of casual work looks and more sophisticated evening wear. I loved my costumes, but it was really fun seeing how Eric dressed the kids as well. The way he re-interpreted their school uniforms was especially brilliant!

MWM: How different is Rafa Caparros’ fashion style from yours? Do you see yourself dressing up like Rafa?

JG: Rafa’s style is very sleek, and he dresses in dark colors: blues, blacks, and greys. I think the team wanted to play with keeping Rafa dark and mysterious, so his style reflected that. I definitely like to keep things neutral sometimes, but in my personal style, I also enjoy playing with different colors and wearing bolder patterns.

That being said, I would definitely wear everything that Rafa wears on the show! There’s nothing wrong with a designer leather jacket or a perfectly tailored black suit!

MWM: What is your favourite outfit on Gossip Girl so far?

JG: I loved the dark blue suit I wore in Episode 3 to the opening of a new play at the Public Theater. But one of my most memorable looks was Rafa’s Halloween costume- just black pants, suspenders, and a mask from the off-Broadway play “Sleep No More.” The theme of the party was New York Legends, and it was fun to pay homage to a classic New York piece of theatre.

It was also amazing to look around and see all of the other Halloween costumes that Eric and the team put together for the cast, and we got to shoot in a ballroom at the iconic Plaza Hotel. That was a fun week!

MWM: Is there anything you want to share with your fans? Something we should all keep a lookout with Rafa for on Gossip Girl?

JG: Well, if you watch the show, you know that Rafa made an exit about halfway through the first season. We’re not sure if you’ll see him again, but never say never! Gossip Girl is full of surprises. In the meantime, fans can follow me on Instagram @jasongotay – I’m playing a small role in a film that comes out later this year that I’m very excited about, and I’m hoping to play some more live concerts in New York City after a sold-out show at Tavern on the Green last summer. Singing and Musical Theater have always been my first love, so I hope to return to the stage very soon!

For more on Gossip Girl Check out HBO MAX