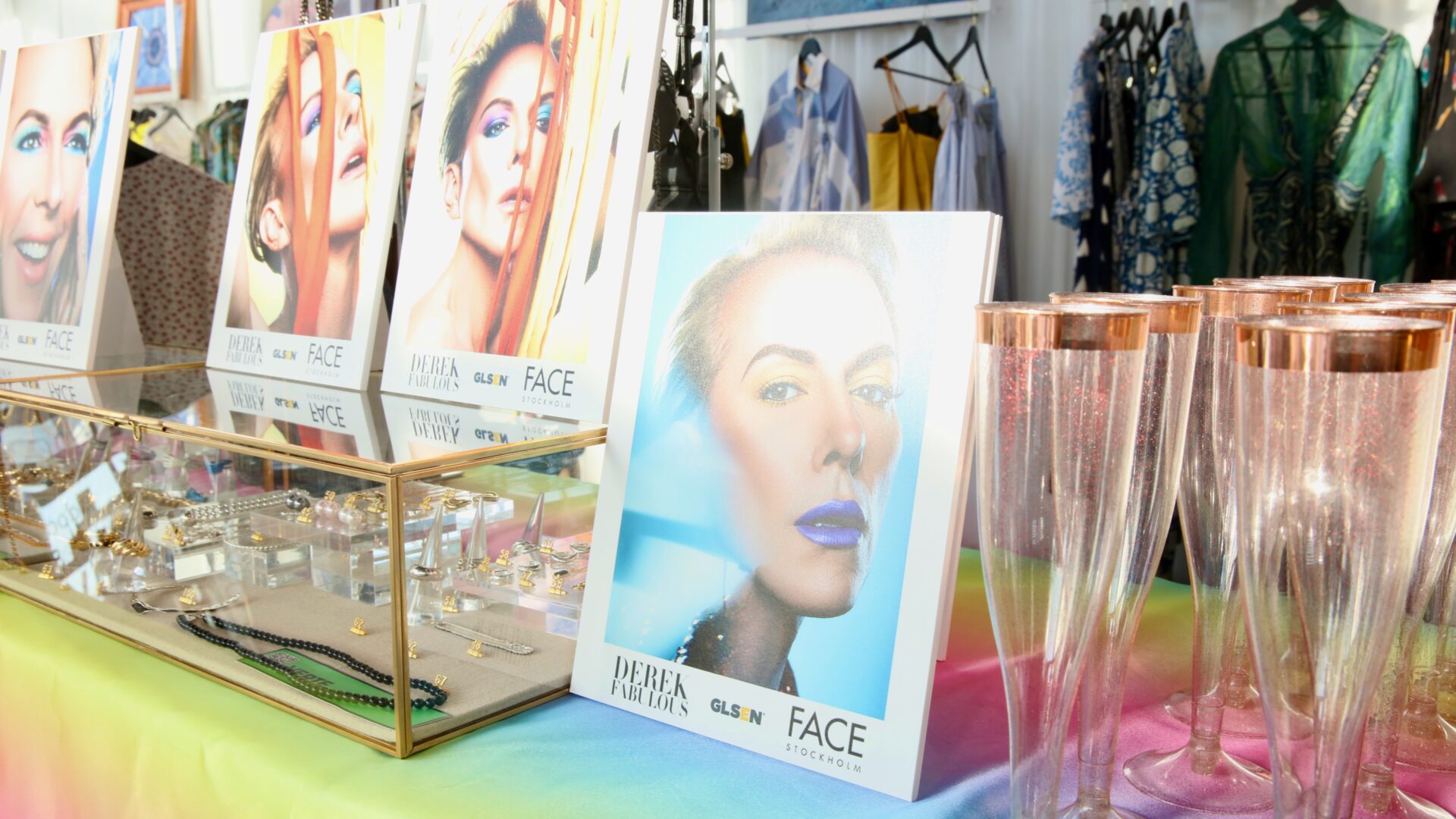 Being the “Architect of Beauty” is no easy feat! Hollywood stylist and media magnate Derek Warburton celebrates Pride Month 2022 with every intention of bringing attention to the LGBTQ+ community and the challenges each individual experiences, especially as of late.

The stars aligned for him as he launched his PRIDE makeup collection with sustainable beauty conglomerate Face Stockholm and GLSEN.org. The Derek Fabulous collection came out just in time to celebrate being #outloudandproud!

Last Friday, celebrities such as Taryn Manning, Daniel Gillies, Peta Murgatroyd, Cynthia Bailey, and Tara Reid along with Princess Martha of Norway and her new fiance Shaman Durek were out in full force to join the festivities at Doors. Nyc, a fashion-forward pop-up shop on Melrose Avenue last weekend.

Speaking on his behalf at the launch, Cynthia Bailey presented an uplifting speech, sharing the media entrepreneur and stylist’s series of successful ventures, which now includes the beauty realm while reminiscing on their long-spanning friendship. Even actress Taryn Manning spoke of his honesty, kindness and his humanitarian work.

Warburton recently opened up about his struggles with bullying, homelessness, and suicidal thoughts as a young teen at the recent New You Beauty Awards held on April 7th in Miami, having won the Style Icon Of The Year. It was a double win for Derek, as this was also the catalyst for the Derek Fabulous Collection and how it came to fruition.

He was approached by a woman named Ilise Harris, who was affiliated with Face Stockholm and she approached the brand’s owner with a video of Warburton’s acceptance speech.

Within a week an offer of collaboration was put forward and that’s when the Derek Fabulous x Face Stockholm came to life. The name comes from Warburton’s well-known moniker. During his acceptance speech, he spoke about how he deals with the trauma from his childhood even after having become successful later in life.

He created a character called Derek Fabulous which meant help, teach, inspire, love and have fun. Derek Fabulous also became the name of his first program for women in need which was the first real step towards his healing. He says” when I started helping others by finding their joy, light, and love within themselves I started to find it within myself as well. That is why I wanted to call the collection Derek Fabulous because I want everyone to live their lives in the light, out loud, with sparkle and fabulous colour!”

All proceeds from The Derek Fabulous Collection benefit GLSEN as a way of tribute from Warburton. “I knew this was the beginning of a new chapter, and it is important for me to pay this forward. I want to honour the boy I was – for staying alive so I can help other children find their light, the way I found mine.”

GLSEN focuses on activating supportive educators, and uplifting student-led movements, which have powered initiatives like the Day of Silence, Ally Week, and more.

GLSEN Executive Director Melanie Willingham-Jaggers (they/she) added, “We’re glad to partner on a collection that celebrates and affirms LGBTQ+ individuals and encourages everyone to express their unique style. In the face of political attacks that try to erase and stigmatize our community, it’s more important than ever to remind all LGBTQ+ people that we deserve to feel confident, beautiful, and seen, no matter what.

PRIDE Month 2022’s main theme of being Out, Loud, and Proud have always been about celebrating roots and standing up against those who want to extinguish the freedom to express all gender identities and sexual orientations. It also serves as a tribute to those who have stood up for true self-expression and the allies that have supported them.

For more information on the Derek Fabulous Collection and to support GLSEN go to www.FACESTOCKHOLM.com.

For more information on the Derek Fabulous Collection and to support GLSEN go to www.FACESTOCKHOLM.com.