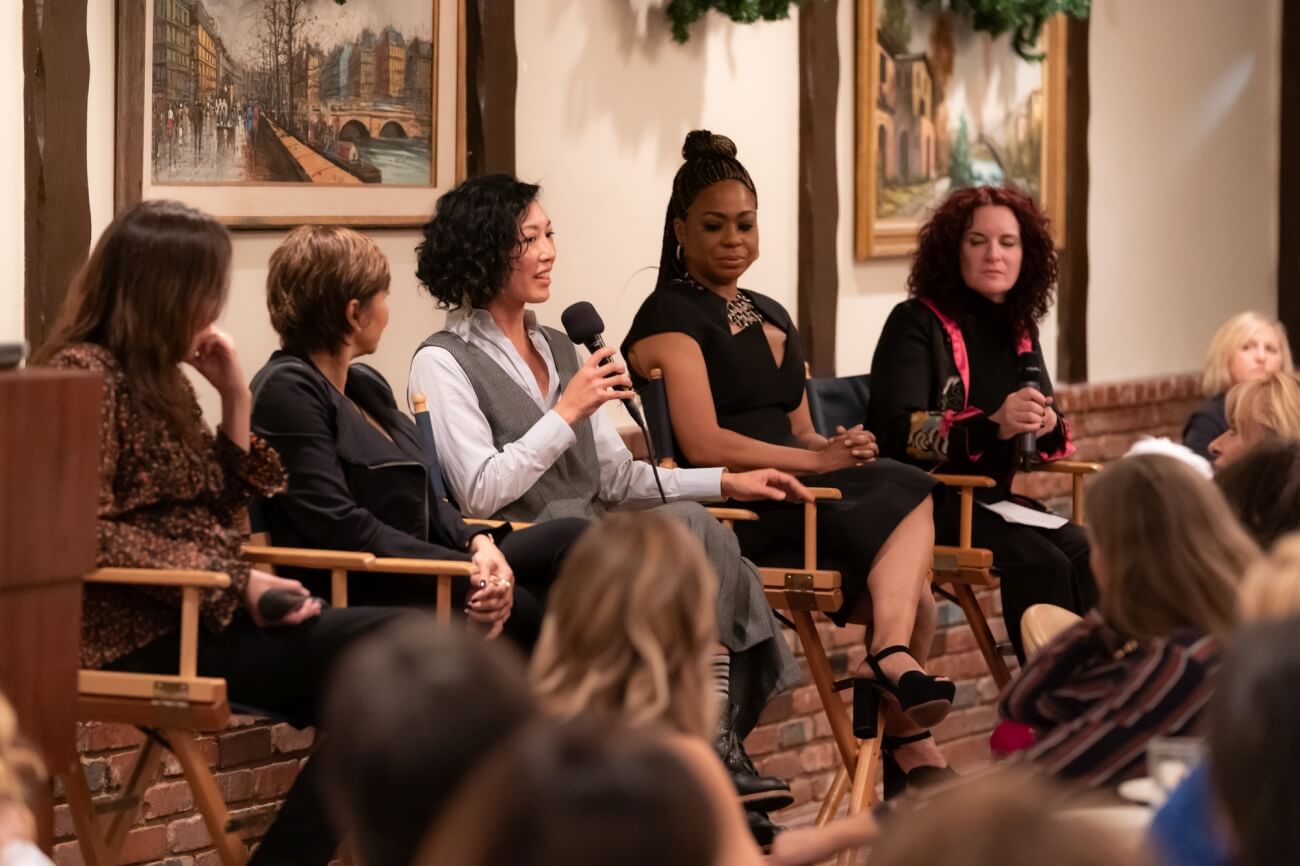 In its fifth year, Hollywood comes together to celebrate the power of women in the entertainment industry on December 10 as the Women In Media’s Annual Holiday Toast will honour a slate of renowned industry change-makers such as songwriter/composer Diane Warren, Executive Producer/Writer/Director Deborah Pratt (Quantum Leap, Grey’s Anatomy), Costume Designer Deborah L. Scott, (Avatar, E.T., Oscar-winner for Titanic), Supervising Sound Editor Becky Sullivan (The Woman King, Always Be My Maybe), and Cinematographer/Camera Operator Michelle Crenshaw (The Ranch, The Watermelon Woman).

Women In Media promotes gender balance in the film and entertainment industries through networking, professional development, and advocacy for filmmakers who work above and below the line. During the event, guest toastmasters include Kimberly Jimenez, the Senior Vice President of Post Production Services at Sony Entertainment, award-winning cinematographer Johnny Simmons, ASC, who is currently Emmy-nominated for Family Reunion, Producer/Director/Writer Romell Foster-Owens, p.g.a. (President, Jowharah Films), and award-winning composer Sharon Farber (Brainwashed: Sex-Camera-Power, The Young and the Restless) will join the honorees for a personalised panel as their colleagues share their professionalism, wisdom, leadership, artistry, and craft stories. While also opening the discussion on the changing landscape for women and gender non-conforming individuals in the motion picture and entertainment community and concludes with an open Q & A to all attendees.

“I am honored to be recognized by Women In Media”, says Diane Warren, who became the first songwriter ever voted to receive an Honorary Academy Award by the Academy’s Board of Governors. Her portfolio includes dozens of popular and rock hits, 13 past Academy Award nominations, and the song, Applause in Tell it Like a Woman, which is eligible this year. Warren adds, “I am a strong advocate for women, and this organization has been instrumental in recognizing women’s important contributions in the industry. And I’d like to give some applause to my fellow honorees.”

The brunch will be held at the iconic Television City Studio; Zach Sokoloff, Senior Vice President at Hackman Capital Partners, says, “Organizations like WiM provide invaluable opportunities for women and gender non-conforming individuals to obtain the skills necessary to become part of the next generation of production talent that will help create a more inclusive entertainment industry and reaffirm Los Angeles’ position as the creative capital of the world. This is not only a win for our region’s economy – creating new jobs and keeping production and people in LA – but also a win for diversifying our City’s most identifiable industry and allowing new storytellers with new perspectives to leave their mark on Hollywood.” Other partners such as Film Craft La Greenberg Klusker and others have lent their participation for the upcoming event, while media sponsor Gurus Magazine will be taking the helm on its worldwide coverage. “Truth, passion, and authenticity encapsulate the spirit of Gurus Magazine, and we are honored to join Women in Media in celebrating the special group of women being honored for their contributions to our industry and artistic culture. Congratulations on your long, illustrious careers, but even more importantly, for being visionary storytellers. We honor you!” says Derek Warburton, Publisher of Gurus Magazine.

The WiM Holiday Toast includes a generous brunch buffet, silent auction, panel with candid conversation, and a champagne toast. All genders are encouraged to be part of the Holiday Toast celebration. Festivities run from 10 am to 2 pm on Saturday, December 10, at Television City, 7800 Beverly Blvd., Studio 46. Individual tickets, tables and sponsorships are available from: https://womennmedia.com/event/2022-la-holiday-toast/.